Skip to content
You are here:HomeBilateral projectsLatviaOne nurse, seventy children

70 children annually are diagnosed with type 1 diabetes in Latvia. All of them must complete a 5-day training on diabetes provided by a nurse at the Children’s Hospital in Riga. She is the country’s only diabetes nurse. A cooperation project between the Norwegian Diabetes Association (Diabetesforbundet), and the Latvian Diabetes Federation (LDF) under the NGO program aims to change this situation.

Based on an acknowledgment that diabetes is a global problem, the Norwegian Diabetes Association is among other things working to share its experiences with diabetes organizations in other countries, and through collaboration with other organizations seek to assist to self-help.

In 2013, the Norwegian Diabetes Association visited Riga in connection with a seminar for its own employees. In doing so, they took the initiative to meet the Latvian Diabetes Organization, LDF. One of the topics raised was the possibility of cooperation under the EEA funding mechanisms. The initiative was followed by LDF and resulted in a partnership that continues beyond the implementation phase of the project.

As part of the partnership, the Norwegian Diabetes Association participated in a partnership meeting in Riga in 2015. Here they learned that in Latvia, employers pay a tax to the authorities the first week an employee gets sick. This prevents many with diabetes from getting a job, as employers fear sick leaves and economic loss for their companies. This is why the Latvian organization chose career guidance to members as one priority area for their work. 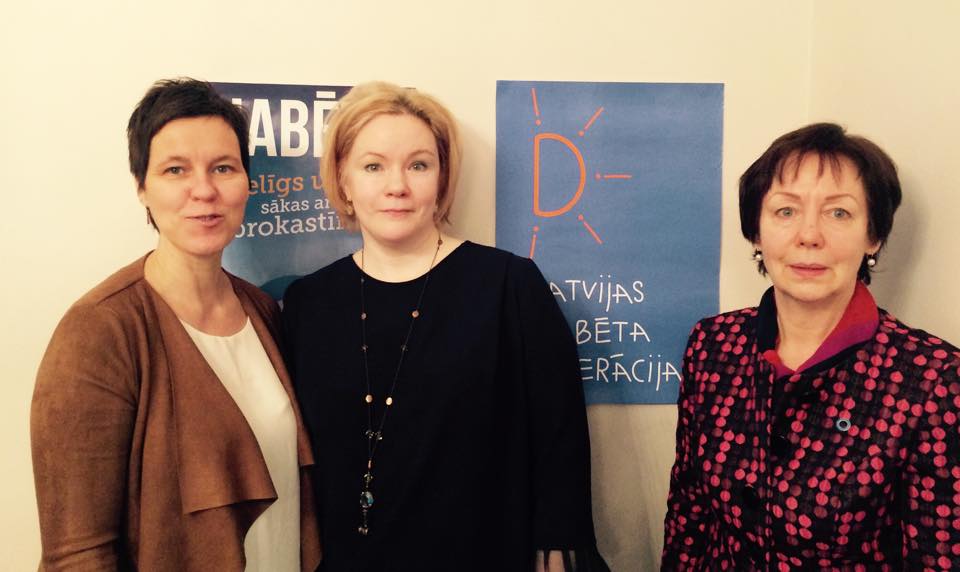 Work with children and youth is another prioritized area for LDF. Children up to 18 years old have access to free insulin and three to four strips per day. In Norway, many children have insulin pumps, the costs of which are covered by the National Insurance Scheme. In Latvia, parents must pay themselves for such equipment for their children.

LDF consists of 14 member organizations where one of them is working with children and youth. They were involved in a project aimed at developing innovative services for children, youth and adults. Over 800 people with diabetes from all over Latvia participated in the project, which meant that social workers were used as coordinators in diabetes care. The purpose was for social workers to help people with diabetes progress in the system based on their needs (contact with a doctor, nurse or psychologist). “There are major differences in access to healthcare in the country. The situation is best in Riga, and worst in the Eastern region of Latvia. IN some places where people can’t get to a doctor either because of illness or poverty, we do home visits too” says project manager Liene Celmina.

In connection with this project, the Norwegian Diabetes Association was invited to share its experiences from work with children, youth and adults. Several workshops were organized where children, youth and adults learned how to handle diabetes and live with it. There were 20 participants at the individual workshops each lasting for 5 days. Some of the sessions were about job opportunities and career guidance, others about training in how to handle diabetes from measuring blood sugar to where on the body you are taking insulin or about physical activity and nutrition. 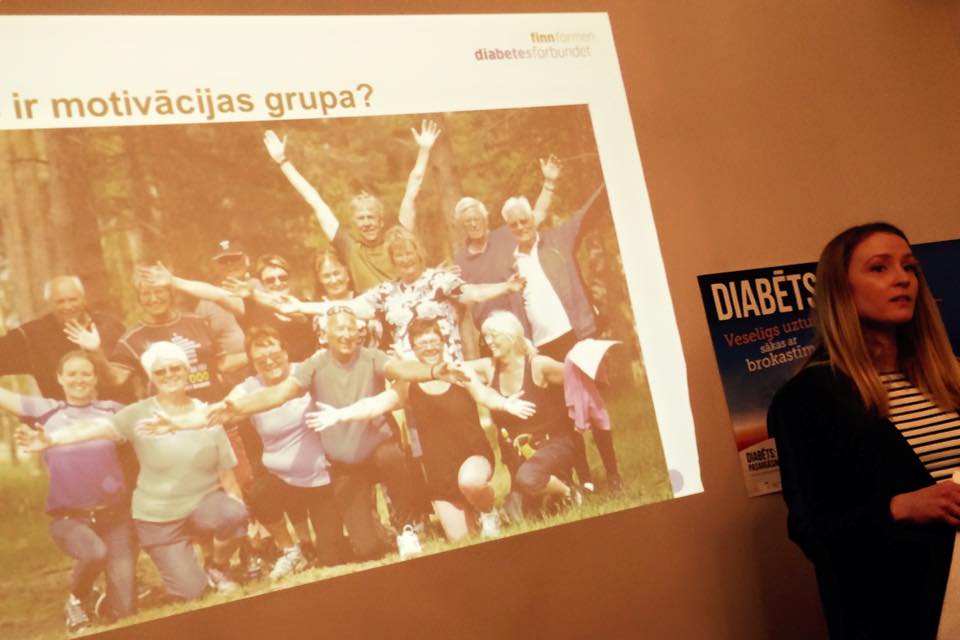 “Through participation in the project, we gained insight into how people live with diabetes in Latvia, which gave us some perspectives on how well things actually work in Norway. But we have also learned that they have come further than us in some areas. They have, among other things, a lot of focus on psychosocial support to people with diabetes. This is an area with great potential for improvement in Norway, “said Anette Skomsøy, advisor at the Norwegian Diabetes Association. “Such collaboration provides perspective on the organization’s own work, as well as useful lessons about the organization you are working with and their situation” concluded Anette.

The project was funded by the NGO Program in Latvia.