Skip to content
You are here:HomeBilateral projectsRomaniaThe value of volunteering

“The best thing about volunteering is that people who otherwise do not know each other make a common effort to achieve the same goal,” said Varga Józsi, a volunteer in the project “Youth from Romania and Norway – Promoters of civil volunteering in community” funded through the NGO Program in Romania.

The EEA project is an initiative of the Ruhama Foundation and carried out together with the municipality of Bergen. Józsi is 21 years old and studies medicine at the University of Oradea, Romania. He wanted to meet new people and develop, so he volunteered to work for the Roma community in the village of Diosig, where he comes from. Together with young volunteers from Norway, he participated in meetings with local authorities where they attempted to find solutions for the local community’s needs. They arranged artistic performances and informed the locals about their rights and about institutions that could be helpful in different situations. “Whenever I talk to my friends about volunteering, I try to explain to them the benefits of being a volunteer. It gives you experiences that you can’t find anywhere else, ” says Józsi.

There are still many Romanians who think volunteering is just a meaningless, unpaid activity, without immediate benefits. The lack of trust and reluctance to engage in volunteering activities is widespread especially among adults and elderly people. According to the CAF World Giving Index 2015, around 7% of Romans are involved in volunteering and Romania is still a country where most volunteers are between 15 and 30 years old.

“The project implemented by the Ruhama Foundation in the Bihor area addresses the need to influence local authorities to make the right decisions to improve the situation of young people living in areas exposed to social exclusion. Youth have the chance to make their voices heard by the adults who decide which measures are to be implemented. They have learned participatory methods from the Norwegian volunteers from Bergen municipality’s local youth council. At the same time, through the project, Romani volunteers from Bihor and Norwegian volunteers that work together develops a new culture, spends time together and organizes activities for the local community and local authorities from Romania and Norway,” said Tina Daragiu, project manager at the Ruhama Foundation. Working as a volunteer increases self-esteem, whether it is done for a specific case or for self-development. To do something for the community forces and mobilizes young Romani people to create something positive for themselves and others, while enhancing the sense of belonging in society. 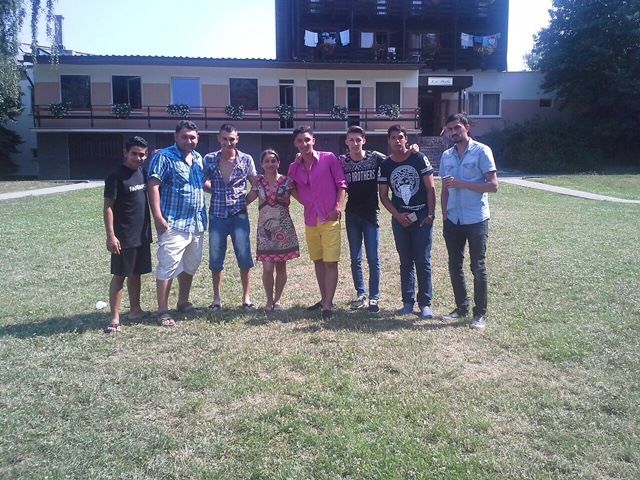 More than 200 volunteers from 5 territorial administrative units were involved and over 100 volunteers are still actively involved in project activities. Bergen municipality, as a partner, gave the inspiration the young volunteers needed to succeed in challenging the public decision makers by directing a strong spotlight on the needs of the community. With over 20 years of community-building experience, Bergen municipality contributed to creating engagement to social change.

Volunteering usually takes place at its own centers, at the headquarters of NGOs or in the “local community”. It happens mostly in the cities. However, the Adina Foundation implemented a New Start project in a rural area of ​​Romania just to motivate volunteers to offer some hours of help and emotional support for disadvantaged families. New Start is a new concept in Romania. It helps families with at least one child under school age. The idea of ​​this type of work was adopted from the Norwegian organization Church Mission, Bergen. The Adina Foundation, together with Church Mission, Bergen conducted the project “I, an Oltenia-based peasant, need an education!”. Ana Dobre, from the village of Goieşti, is one of the volunteers in the project. Twice a week, she goes to a family room to play with and socialize the children and talk to the adults. “I’m very pleased when I get home. When they realized we were not there to ask for something, we just wanted to listen and help where possible, they started to trust us,” says Ana Dobre. She is 49 years old, has four children herself and works for the post office in the village.

There are over 50 projects in Romania dedicated to voluntary work that are funded through the NGO program. But beyond this, volunteering is a shared activity for many other projects. “Many of these projects have been completed only with the help of volunteers. There is great focus on developing volunteer centres, increasing awareness of volunteering and the benefits of it, as well as increasing the number of volunteers contributing to projects. The volunteers who contribute are from different groups: people with disabilities, Romani people, HIV-carriers, visually impaired or parents, “said Tudor Cojocariu, grants officer from the Romanian Fund Operator of  NGO Program.