Skip to content
You are here:HomeHungaryNewsCountering Shrinking Civil Space – The Story and Results of the NGO programme in Hungary; an invitation

Over the past years, the Norwegian, Icelandic and Lichtenstein taxpayers contributed significantly to the development of the new Member States of the European Union, among them Hungary, through the EEA and Norway Grants.

One of the priority areas of the grants was to strengthen civil society in the beneficiary countries. In Hungary, since early 2013, 11.6 million € was distributed by the consortium of foundations which managed the NGO programme locally to more than 440 projects implemented by civil society organizations. This happened in spite of the unprecedented series of harassments launched by the government targeting independent organizations working for the protection of human rights, gender equality, LBGT and against corruption.

As the grant programme is coming to an end, the representatives of the management foundations would like to present the key facts and results of the programme – in other words how Hungarian NGOs used the funds. They will also describe the short history of how the programme evolved and how NGOs survived and responded to the attacks.

The history and key results of the EEA/Norwegian NGO Programme in Hungary, by András Nun, director, Autonomia Foundation

– outline and brief history of the programme;
– main results and achievements; best practices and success stories;
– the keys to success and lessons learned.

The situation of independent civil society in Hungary – a closer look at recent years’ developments and their consequences by Barbara Erős, strategy director, Foundation for the Development of Democratic Rights

– brief history of civil society development since 1990,
– the Hungarian government’s approach to independent civil society,
– the response of NGOs: “what doesn’t kill you, makes you stronger”.

– the roles and functions of CSOs in addressing the challenges Europe is facing;
– countering shrinking civil space – why CSO support is more needed than ever before?
– the key to efficient CSO support – what are the features of CSO-friendly funding mechanisms?

Panel discussion and Q&A with the speakers and participants.

The workshop will be accompanied by a photo exhibition and video screening of projects supported within the framework of the EEA NGO Programme in Hungary. English is the working language of the event.

The workshop is open to organizations/institutions participating the EEA/Norway Grants, to NGOs, journalists and the interested public. Attendance is free, but registration is kindly requested. Please follow this link to register. 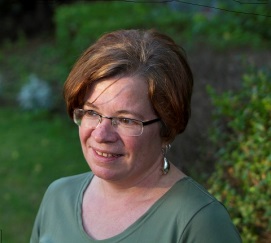 Veronika Móra has been working with the Hungarian Environmental Partnership Foundation since 1997 and holds the position of the director since 2007. Earlier, she was the national consultant for the Dutch Foundation Milieukontakt Oosteuropa, but also worked for the eco-counselling office of Ecoservice Foundation. With HEPF and earlier, she’s been working on a variety of issues related to ecological consumption, gene technologies and public participation. Since 2003 she’s been leading HEPF’s Civil Partner program aiming to improve the legal-fiscal environment of civil society, but she also gained experience in managing and overseeing grant programs of various sizes, not least the Hungarian NGO Programme under the EEA/Norwegian Financial Mechanism.

Besides her full time occupation she also has voluntary positions in a number of NGOs, among them the chairmanship of the Hungarian Donors Forum, which works on developing the (corporate) philanthropic culture in the country. She is a biologist (MSc) by education, but also has a MA degree in organisational psychology, and most recently gained a diploma in environmental law. Barbara Erős is currently holding the position of program manager of EEA/Norwegian NGO Programme at DemNet Hungary. She has also acted as volunteer interim director in 2015 and since 2003 she had been supporting the organization as strategic program manager and project/program manager. Previously she has worked for Ashoka: Innovators for the Public on promoting social innovation and social entrepreneurship in Hungary between 1996 and 2003. Ms Erős applies her knowhow gained from studies of cultural anthropology also in her private entrepreneurial activities as organizational developer and engaged in civil society development. 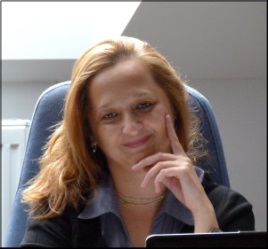 Boglárka Bata is the chief grant-making program officer (since 2005) and CEO (since 2008) of the Carpathian Foundation-Hungary. Ms Bata holds an MA of Political Science and BA of Economics; she has been working in the non-profit sector for 16 years, focusing on civil society development, community development and empowerment of marginalized children and youth. Before joining to the Carpathian Foundation – during her university studies – she worked for the Support The Poor Foundation for 5 years and dealt with empowerment, community development of disadvantaged Roma communities and skill development of poor, Roma children.

András Nun is a development expert in the field of Roma integration and NGO development with 20 years’ experience. Throughout his career he has worked for Autonomia Foundation and contributed to the success of different NGO and Roma programmes. In Autonomia he coordinated the first and second NGO Programme of EEA/Norway Grants; developed an easy-to-grasp project design training for NGOs, held number of training sessions all over the country and abroad. As development expert of Roma integration he’s led capacity building programmes in micro-regions of Hungary; helped local communities, local governments and NGOs to do need assessment, project design and management; helped the given micro-regions with training and study tours to elaborate state of the art pro-Roma projects. Since 2013 Andras has been leading Autonomia Foundation as the managing director.

Read more about the NGO programme in Hungary here.

Read more about the EEA and Norway Grants here.