Skip to content
You are here:HomeNewsSlovakiaUncategorisedForging their own destinies 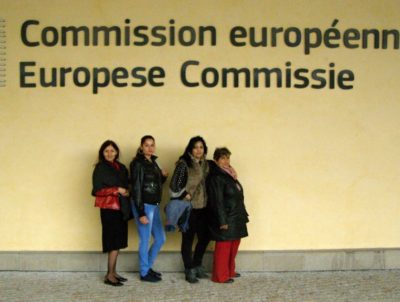 “At the beginning, it was difficult to work with women from our Roma settlement. They were not used to meet up, so we started with handiwork, gradually opening more complicated topics, ” says Petra Husárová from the community centre in the village of Varhaňovce near Prešov.

With basket weaving, embroidering or egg painting, she managed to gain trust of local women. There are approximately a thousand Roma living in the village, representing 70 per cent of total population. An overwhelming majority of them is unemployed.

Apart from work and fun, they started to discuss more serious topics. “We are currently talking about domestic violence, ” adds Petra Husárová, who has been involved in the In Minorita’s Civic Participation of Roma Women project for two years. The aim of the project is to gradually improve the position of Roma women living in Roma settlements.

Whereas in the majority society, estimates show that every fifth woman is abused, in Roma settlements, it is every second woman, states a government document.

“A raped Roma woman frequently has to stay with the rapist. It is more shameful not to be a virgin without being married than to live with an aggressor, ” states a report on discrimination of women in Slovakia, which was debated by the Slovak government last year. 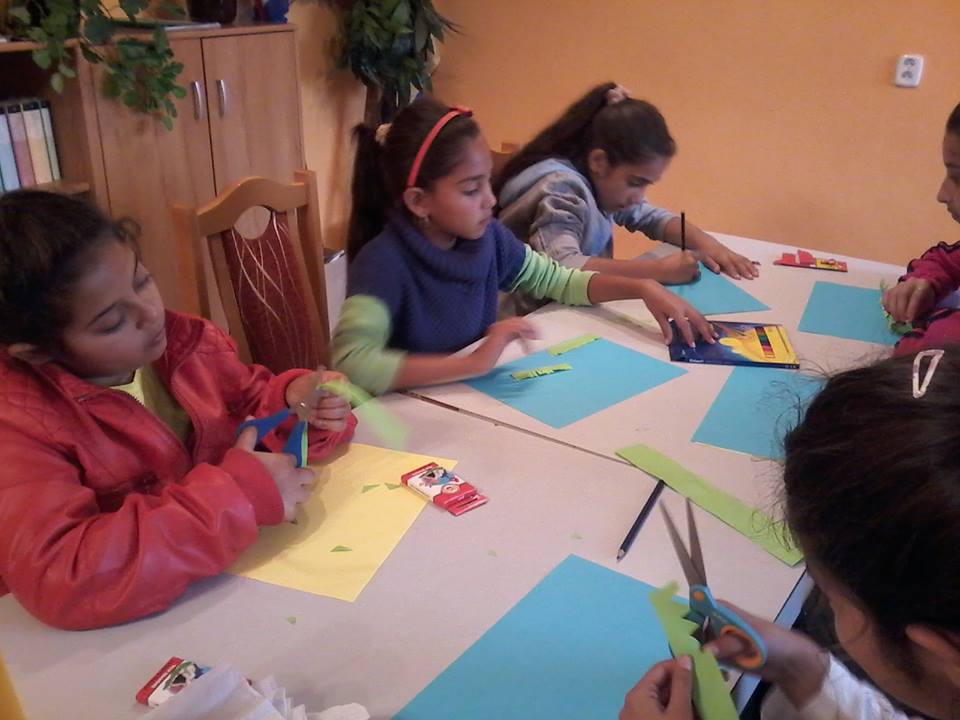 Being socially excluded, Roma women depend on their husbands and get into a vicious circle of poverty. Last year, the Institute for Forecasting of the Slovak Academy of Science reported that women in settlements give birth to four to five children on average. Educated and employed Roma women have the average of two to three children. Poverty influences birth rate in settlements. The poorer the family, the more children they have.

The ethnologist Zuzana Kumanová from the civic association In Minorita explains the selection of regions for the project. “We wanted to support communities where there are other non-profit organizations, churches or active municipalities or schools. Looking back, we see a gradual change in the communities, although it is not a global one.”

The project was launched in four villages near Košice and Prešov: Vtáčkovce, Kecerovce, Varhaňovce and Rankovce, and in the areas of Mojmírovce and Zbehy in the region of Nitra. According to Kumanová, the activities of the project focus on topics which were considered important by women from the regions. Awareness was raised especially by means of discussions and stories, which has been a standard practice in Roma communities for centuries.

“Within twenty months of the duration of the project, women have worked for more than six thousand hours. They were working with women and their children, they helped as tutors, rehearsed various performances, spread awareness or practised handicraft, ” says Kumanová on the activities of Roma women in the community.

Sometimes a little is enough

Dana Bandryová from Mojmírovce has also been actively participating in the project. The situation of Roma is better than in the eastern part of Slovakia. “We used to meet up, but the project gave us regularity and the opportunity to discuss topics that we had not had time for before, ” she says. According to her, the topic of domestic violence was crucial. “It was nice to see that to help those women, sometimes a little is enough. In some cases only a word of advice, a talk or the sense of belonging did the trick, ” she added.

Women involved in the project received ten days of informal education focusing on feminisation, Roma history, but also the way how administration works and what they can change. One of the challenges was to prepare small projects for their communities that could be implemented by themselves. Testimonies from the project

Question: What was the most interesting part of the project?

Mgr. Gabriela Gáborová – Vtáčkovce: “The most interesting part of the project were workshops on the life and history of Roma. Many people in settlements do not think about their history, for instance the Roma holocaust was completely unknown in the settlement. For me, our visit to the European Parliament remains unforgettable. ”

Mgr. Ildiko Gorová – Vtáčkovce: “During the education process, I learnt a lot from several areas, for example local administration, regional politics and the political system in Slovakia. The tour of the Slovak Parliament was an unforgettable experience.”

Dana Bandryová – Mojmírovce: “In our region, women used to meet, but the project gave us regularity. The topic of domestic violence was new to me. I liked the method of education, I learnt that no question is pointless.”

Petra Husárová – Varhaňovce: “It was an enormous benefit for me to lead a group of women. I had to learn to look at the world with their eyes so that I could understand them better. In two years I’ve spent in the project, many positive changes came to my life, I completed secondary school, I changed my job… What I learnt in the project helped me make those changes.”

Amália Turtáková – Rankovce: “The interest in activities was quite low in our village, but then it improved. Women liked handicraft and in the meantime, we started talking. We laughed, we cried, we organized trips for women and children and they had to take care of everything. Only women with small children used to meet within the community activities, but in this project, older women were involved too. I consider it a huge benefit, because older women want to meet up too and they can share their life experience. It was beneficial for me to learn how to talk to them.”

Read more about the NGO programme in Slovakia here.