Skip to content
You are here:HomeNewsThe Role of NGOs in Assisting Refugees and Migrants – Bulgaria

This is what lawyer Iliana Savova, Director of the Refugee and Migrant Programme of the Bulgarian Helsinki Committee, said at the opening of the workshop “The Role of NGOs in Assisting Refugees and Migrants”.

The data presented by lawyer Savova show a sharp increase of the migration flow towards Bulgaria in the last two years. In 2012 the asylum seekers in Bulgaria were 1387, in 2013 they were already 7144, and last year – 11 081. The refugees from Syria are the most numerous group, followed by asylum seekers from Afghanistan and Iraq. About 93% of the asylum seekers enter Bulgaria through its border with Turkey. The Government’s decision to erect a fence at the border did not achieve the desired result. Lawyer Savova pointed out that with BGN 10 million spent for fences and other BGN 90 million planned for the extension of the fence, the mobilization of 1250 border guards and 1350 ordinary police officers charged with patrolling the border, the number of the migrants crossing the Bulgarian-Turkish border had dropped with only 3% – from 11 581 to 11 234 people. “Bulgaria should really reconsider what to invest in. The millions invested in fences and guards won’t restrict the migration flow”, Iliana Savova said. The workshop, organized within the Third Annual Meeting for Sharing Good Practice on Partnership Development between Bulgarian NGOs and Organisations from the Donor States (Iceland, Lichtenstein, Norway) under the NGO Programme, coincides with the moment when the EU is trying to reconsider its overall policy on refugees and migrants. As a result of this common European debate and the new policies which the EU will implement, far less refuges are likely to remain in Bulgaria, the Deputy Prime Minister Meglena Kuneva said. According to her, however, it is not the numbers that are important, but whether we are 100% sure that we are ready to integrate these people. “I think this is what we are not ready for”, Kuneva said.

H.E. Guro Katharina Vikor, Norwegian Ambassador to Bulgaria, greeted the participants and shared the experience of her country in this field.

“If we want to make progress with the integration of the refugees and the migrants, we should lodge them in different towns and villages, even in different residential districts, in small groups. Accommodating them in big groups and the establishment of isolated ghettoes scares the people”, Alexey Pamporov (Open Society Institute – Sofia) said in his presentation of the results from the last survey of the Institute. The survey shows that two thirds of the Bulgarian citizens support the building of border fences between Bulgaria and Turkey. Then Anthony Georgieff of Free Speech International Foundation displayed photos made within the project “The Non-Bulgarians. Bulgaria and the Bulgarians through the eyes of the Immigrant” carried out together with Multi Kulti Collective, and Bistra Ivanova of Multi Kulti Collective provided detailed information about the Cuisine against Xenophobia project. 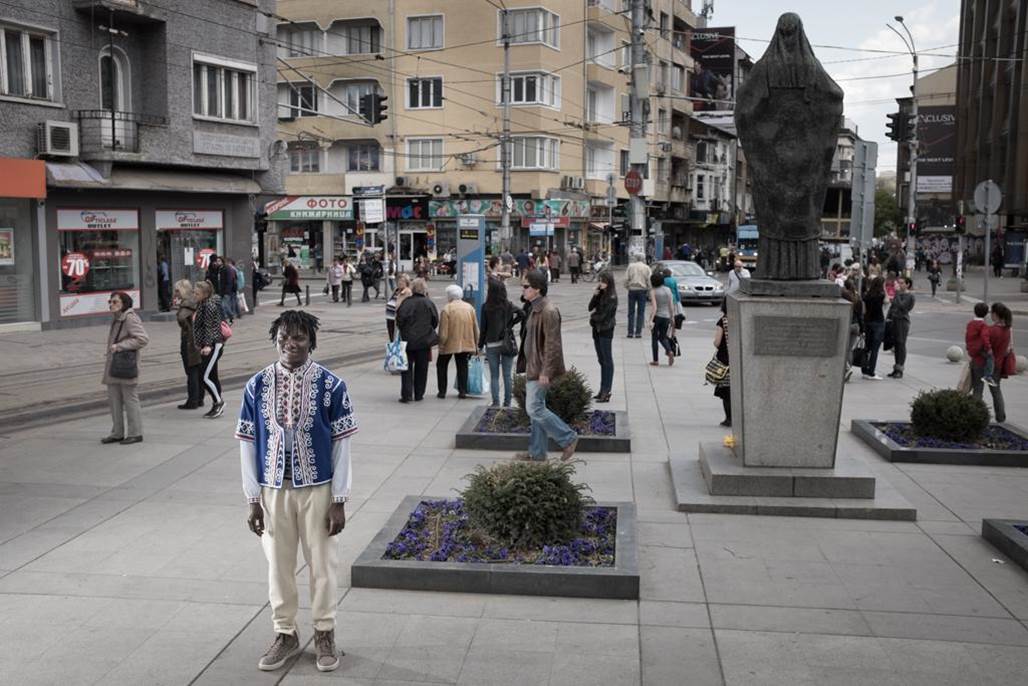 The Annual Monitoring of the Implementation of National Programs for Refugee Integration reveals a series of problems such as delayed payments of financial aids for housing, discontinued health insurance, insufficient means and time for studying Bulgarian and for cultural and social integration, shortcomings in the professional education of the refugees, lack of interpreters at the State Agency for Refugees, etc. These are some of the findings of the presentation of the Bulgarian Council on Refugee and Migrants. Marek Linha of the Norwegian Organisation for Asylum Seekers presented results from the monitoring of the immigration detention policy and practice in Norway. Antoaneta Dedikova spoke about the results from the civic monitoring of the administrative court cases of refugees and asylum seekers carried out by the Association on Refugees and Migrants, and Radostina Pavlova of the Center for Legal Aid – Voice in Bulgaria presented the project “Monitoring the Procedure for Identification of Vulnerable Groups of Asylum-Seekers in R. Bulgaria and the Application of the Questionnaire for People with Traumatic Experience Seeking Asylum”.

Event organized within the framework of the NGO Programmes in Bulgaria, funded by the EEA Grants.