Through the EEA funds and NGO programs, Norway has supported projects that help strengthen democratic values, promote respect for fundamental rights and vulnerable groups, including the Roma population.

The Roma population is Europe’s largest minority and a vulnerable group in many areas. Very many live under difficult economic and social conditions. The Roma are also often exposed to intolerance, discrimination and exclusion from society. These are common European challenges that require coordinated effort at national and European levels.

Ten percent of the NGO program has been allocated to projects and measures to combat discrimination of Roma, promote their rights and convey their culture in history education.

The Norwegian organization Adults for children (Voksne for barn) has played an important role in promoting good mental health and a good psychosocial environment for children through the Zippy friends program. The project has been aimed at children from disadvantaged and marginalized families. The goal has been to teach the children to master everyday problems, identify and talk about feelings and support others who are having difficulties. “Professionally, it is always interesting to gain knowledge of other countries and how they relate to the areas we are working with – whether it is children from families with difficulties, children and youth in democratic processes, children and grief, mental health in schools etc. It is an important and fruitful exchange for both parties, “said Randi Talseth, Secretary General of Adults for Children.

“Little stories from the Roma-world” has been another project conducted with a Norwegian partner. The project aims to fill a void in Bulgarian media that never presents the Roma population in an objective light. The Community-Based Natural Resource Management Network (CBNRM) has contributed to a creative concept where 20 movie clips ​​present stories about individuals in the light of democratic values ​​such as dignity, freedom, solidarity, equality, citizenship and justice.

The program has especially supported measures and projects for minorities, with emphasis on the Roma population. A particular project has collected data and mapped the conditions in areas where the Roma represent a majority group to make it easier to target efforts and actions.

The project “Youth from Romania and Norway – Promoters of civic volunteering in community” is an initiative of the Ruhama Foundation and conducted together with the municipality of Bergen. Based on the experiences of the Bergen Youth City Council (Ungdomsbystyret) and functioning democratic processes that promote active citizenship, the project created a model to utilize voluntary work to promote young Roma participation. The initiative influenced the public policies of 5 small districts in Bihor. 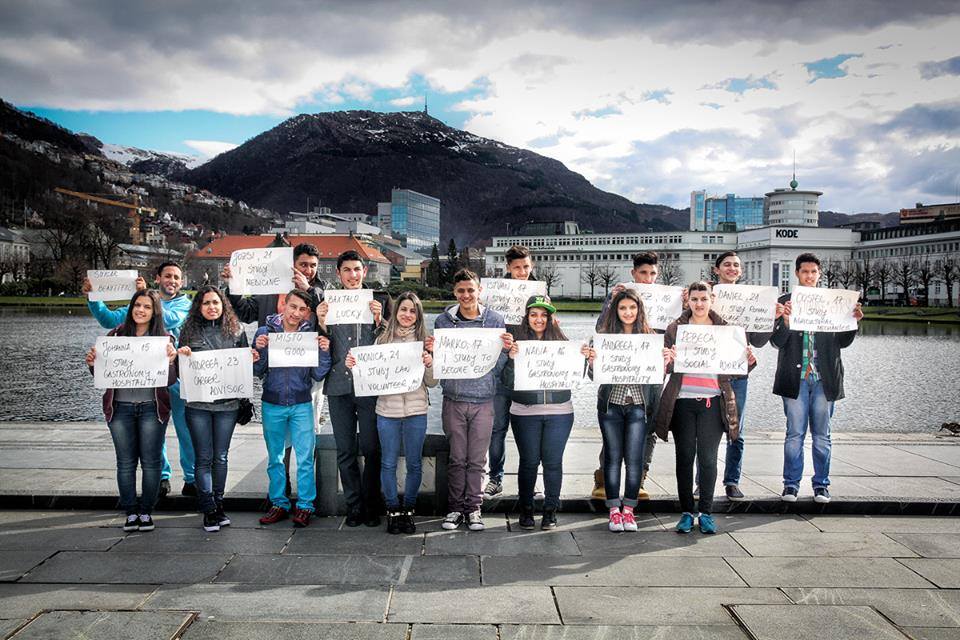 Read more about this project here.

The “Hand in hand” project was implemented in collaboration with Caritas Norway and has been aiming to develop unity in the multicultural community in Sg. de Mures by strengthening social inclusion and improving the situation of the Roma through various measures. The Norwegian contribution has been important for building up the capacity of the Romanian partners in the mobilization of voluntary work. See the project’s website with great pictures (in Romanian and Hungarian).

See the project’s homepage with great pictures (in Romanian and Hungarian). About 1 million euros have have been inested in projects to improve education and leisure facilities for Roma children.

One of the projects that received support is Creative Partnerships, a program for education for Roma students. The project is based on a collaboration model that brings together teachers, artists and actors who together develop methods to motivate children and young people to learn. The goal is to support Roma students in completing an education at regular schools. The Norwegian partner in the project has been The Great Pretenders, a theatre group that has long experience in using art in youth work.

See the homepage of the project for more information and fotos (in Czech).

Several other projects supporting Roma minorities have been implemented in Greece, Spain, Hungary, Poland, Portugal, Slovenia and Slovakia. Read more about these here.